skip to main | skip to sidebar

Patrick Register was the first kendo (and iaido) student of Harry Dach-sensei in Memphis.  He is the only current student to have traveled to Japan to train directly with Memphis Kendo's founding father, Nakahama-sensei, prior to his death.   He was twice selected to the All-Southeast U.S. Kendo Team, competing at the All-U.S. National Championships in Cleveland, OH (1996) and Las Vegas, NV (1999). At Las Vegas, he placed in the top-16 of the Men's Individual Division, making him one of the best active, competitive kendo players in the United States at the time.

Pat is a professional musician/singer/songwriter, having been on the Memphis music scene for many years with such bands as Come In Berlin, The Lost Boys, Voodoo Village, and Justus Brothers.  He is a regular fixture as a solo artist in many clubs and restaurants around Memphis and continues to tour with bands across the country.  Pat regularly contributes to the music ministries of several local churches, and has toured and worked directly with such music legends as Al Jarreau, Al Green, Kirk Whalum, Rufus Thomas, Toto, and Survivor.  His professional website is http://www.patregister.com/

Kazuto Yasuda started Kendo many years ago while still living in Japan, and he joined the original Memphis Kendo Club in 1995 when he came to Memphis to do cancer research at St. Jude Children's Research Hospital.  He received his Ph.D. in pharmacological sciences in December 2009 and continues to do research at St. Jude's.

"Yaz" has served on the Memphis Kendo Club's primary 5-man Team and was selected as a member of the All-Southeast U.S. Kendo Team in 2002, competing at the All-U.S. Kendo National Championships in Los Angeles. Rogers Gossett started with the original Memphis Kendo Club under Harry Dach-sensei's teaching in 1994. He has twice been selected to the All-Southeast U.S. Kendo Team and competed in the All-U.S. National Championships both in 1996 (Cleveland) and 1999 (Las Vegas).

Outside of kendo, he works as a Labor Relations Advisor in the Contract Administration department of FedEx's Legal Division. 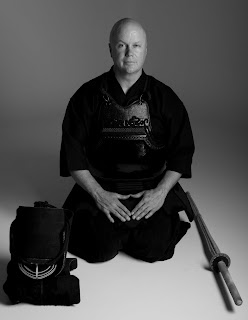 Walter has competed and placed in several SEUSKF Championships over the years.  In 2011, he was selected to the Southeast US Kendo Team and captured the Fighting Spirit Award (Kanto Sho) in the Senior Division of the All-US Kendo Federation National Championshpis in Atlanta.  In 2014, he was again selected to the SEUSKF Team which competed at the AUSKF National Championships in San Diego, CA.

Paul first joined Memphis Kendo in 1994 at the club's original location at the Raleigh Community Center.  He was selected to the All-Southeast US Kendo Federation Team in 1996, where he competed at the All-US National Championships in Cleveland, OH.  In 2018 he passed his 3.dan rank testing after returning from a 15 year hiatus.

Paul has a very diverse background, having been in the casino business, and owner of several small businesses over the years.  Paul's daughter, Abigail, also started Kendo in 2018!

Shinn Taniguchi started Kendo at the age of 10, having earned the rank of 3.dan by age 17, which is the youngest age possible according to time constraint testing rules under the by-laws of the All U.S. Kendo Federation.

Even though his age, until recently, put him in the junior divisions of competition, Shinn has held the "Senpo" position (position 1) of the Memphis 5-man Team for the past several years.  He has taken 1st and 2nd place medals in every junior division in which he has competed, and he was previously selected to the All-Southeast U.S. Kendo Federation Junior Team, both as an individual competitor and 5-man team member, at the All-U.S. Junior National Championships.

Shinn is currently a student at Christian Brothers University, majoring in Mechanical Engineering with a minor in Mathematics and Packaging.

Harry Dach-sensei is the founder of Kendo in Memphis. He retired as a Gunnery Sergeant after more than 20 years of service with the U.S. Marine Corps, and he started his Kendo training in the 1970s while stationed in Iwakuni, Japan. There, he was one of the very first (ever) non-Japanese students of Takaaki Nakahama-sensei, who spent his entire life trying to pursue perfection in the art. Before leaving Japan, Nakahama-sensei gifted Dach-sensei with 32 complete sets of Kendo armor (bogu) on the condition that he pass on all his Kendo learning at no charge to those willing to learn.
After his return from Japan, Dach-sensei settled in Millington, TN and in 1985, was approached by Patrick Register about starting a Kendo club. These two men are the very foundation of Kendo (and Iaido) in Memphis.

In 1986, Dach-sensei returned to Yamaguchi City, Japan and successfully passed his 4.dan examination. In fact, all of Dach-sensei's promotionals for both Kendo and Iaido have taken place in Japan. 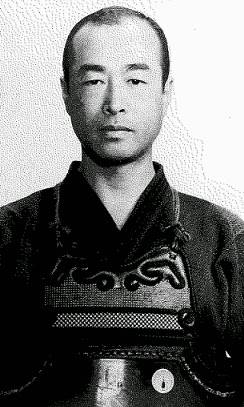 One of Nakahama-sensei's lifetime goals was to make a musashi shugyu (i.e., a "walk") across Japan, practicing Kendo with as many sensei as possible, but unfortunately, this dream was never realized as he succumbed to cancer. In 1991, Dach-sensei took up Nakahama-sensei's vision and returned yet again to Japan to fulfill that dream and after 6 months of such colorful experiences as sleeping under a spider-infested abandoned house during a rainstorm, a scary meeting with a wild boar in a bamboo forest, and waking up at a truck stop with more than 3000 Yen on his chest, Dach-sensei had successfully travelled the entire length of Japan, from Hokkaido to Iwakuni, by foot (and some hitch hiking), having practiced with many fellow kendo enthusiasts and sensei along the way.  (Documented in Black Belt Magazine, 1994, "Kendo Stylist Walks Across Japan" by Sandra Kessler).

Since 1985, Dach-sensei has kept his promise to Nakahama-sensei by teaching Kendo every week to anyone with the desire to learn.  He is currently the head instructor of Memphis Kendo Club in Bartlett, TN.

In addition to his Kendo background, Dach-sensei holds the rank of 5.dan in Iaido and is a student of 3-time All-Japan Iaido Champion, Takeshi Nakagaki-sensei.

When he is not practicing with a sword or shinai, Dach-sensei is involved in many different projects ranging from teaching video/film arts at Shelby State Community College to independent filmmaking (editing, production, writing, and acting).
Home
Subscribe to: Posts (Atom)